Mandioca and Cassava: An Afro-Brazilian Link 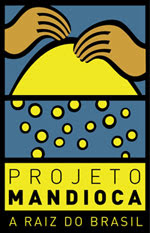 Did you know that:
1. cassava (or manioc, or mandioca) is originally from Brazil?
2. cassava spread from Brazil to Asia and Africa?
3. today Nigeria is the world's largest producer of the roots?
4. Thailand is the biggest producer and exporter of its starch?

In 2005, I noticed an unusual and intriguing talk on the program for the International Association of Culinary Professionals' annual conference--it was on manioc, not exactly a household word in the IACP. Even though I could not attend the conference that year, I wrote to ask for a copy of the talk from one of the presenters, Margarida Nogueira. Later, I met with her briefly in Rio de Janeiro. Now back in Brazil, I was trying to track down another Brazilian whose name is associated with manioc: Teresa Corção, the founder of the Manioc Project (Projeto Mandioca). It turns out Teresa and Margarida were co-presenters at that 2005 IACP conference. In 2002, Teresa, a chef, restaranteur, culinary historian and educator, founded the manioc institute, and started the manioc project.

To quote Teresa: "The real importance of this product is mostly unknown, although it is very much used and appreciated in our daily meals. In the very first contacts that the discoverer of Brazil – Pedro Alvares Cabral – had with the Indians Tupiniquins, in the south of the state of Bahia, he was introduced to manioc, a native product of those then unexplored lands 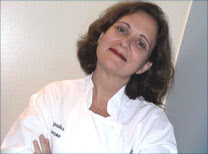 To our native Amerindians, manioc was the most important ingredient in the preparation of different meals such as porridges, cakes, breads (pirão, beiju, mingau, paçoca). As the European wheat was not suitable to the climate of the newly discovered lands, the colonizer had to get used to manioc, a root so much appreciated nowadays throughout the world. No other product is as much Brazilian and has such an importance as manioc."

To quote from a blog posting on the Terra Madre site: "With this in mind, and working together with a team of experts Teresa decided to launch her project. Through workshops in public schools, children learn the importance of manioc during informal classes, theater and hands on cooking demonstration, learning how to prepare tapioca and other traditional Brazilian dishes. This way they strengthen their relationship with their Brazilian identity.

Projeto Mandioca has been supported by EMBRAPA - Empresa Brasileira de Pesquisa Agropecuária (Brazilian Agroindustry Research Company). This organization maintains Projeto Mandioca permanently updated in whatever concerns manioc in Brazil and worldwide, while improving its research studies on the subject."

Teresa, Margarida, and I are exploring the possiblility of collaborating on further research and writing on the whole subject. It's an exciting project to me, with possibilties for adaptation in Africa.