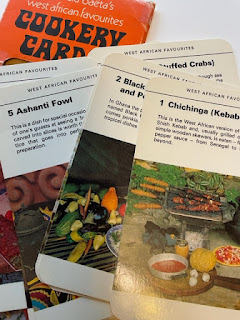 In the 1960s and early 1970s,  Willis E. Bell was a celebrated photographer in Ghana, West Africa. In 1972, he photographed a dozen "cookery cards" for a popular Ghanaian chef and caterer, Barbara Baëta. This was the same woman featured in Laurens van Der Post's  influential  African Cooking in the Time-Life series of cookbooks of the world" featuring in a photo: "Barbara Baëta, one of Ghana's leading culinary experts", "at a Baëta buffet at Jimmy Moxon's Black Pot Restaurant."

They were copyrighted by Moxon Paperbacks in Accra, Ghana, and printed in Great Britain.I have always treasured my set, and occasionally featured them at my BETUMI website.

In early April, 2018, I received an invitation from Aperture in New York to lend them my set of cookery cards to be a part of the cookbook section of their upcoming travelling exhibition "Feast for the Eyes: the Story of Food in Photography" as they had not been able to locate any to purchase.

I had the cards appraised, and duly sent them to be included in the traveling exhibition, at that point, in Louisiana, Baton Rough; FOAM, Amsterdam, and Berlin, with more sites to be added.

The terms of the loan agreement, were to have them throughout the tour, from the time I sent them, May 3, 2018, until the exhibition closed in March 2021. However, I was never able to contact Aperture due to covid. 2021 came and went. Their offices were closed so I could not telephone them and received no reply to my letters/emails. The organizer of the exhibit, Charlotte Chudy, was no longer at Aperture, and I could not reach her despite several attempts also to call and email her. I have continued periodically trying to reach the New York Aperture office, unsuccessfully.  Finally, as 2022 was ending, I was able to hit every button on the phone and connect with Annette Booth, the current Director of Exhibitions Management, who apologized profusely and speedily located the cards and returned them to me. Whew!!

I am vastly relieved and grateful. 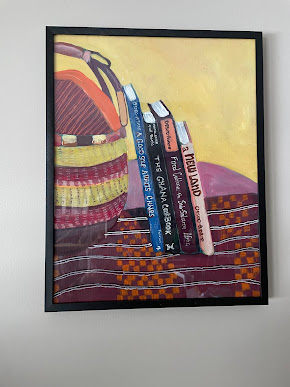 Sister Linda Nadeau recently sent me a painting that she started as a rough sketch and turned into a lovely reminder of four books I have written on/about Africa, and Ghana in particular:

I should mention, too,  my unpublished dissertation, which provided background and context for much of my writing: 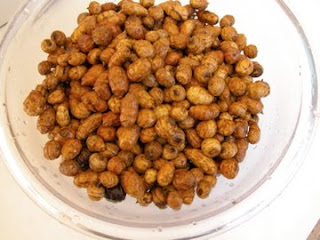 So what IS tiger nut flour?

Ghana’s popular “tiger nuts,” are also known as chufa nuts. They are not actually nuts, but come from a nutsedge plant with tubers that grow underground (cyperus esculents).  In Ghana the tubers are chewed freshly picked (but not swallowed, like sugar cane) or made into a delicious traditional  “tigernut pudding" (atadwe milkye)

More recently, tigernut flour made from ground tigernuts, is being embraced as a delicious gluten-free powder with a natural sweet taste.

It contains no lactose or fructose, along with no gluten.   The chufa is said to be a good source of vitamin C and E,  and a good source of calcium, phosphorus, magnesium, potassium, and iron. Chufa also contains starch, non-animal proteins, and enzymes that help with digestion.

What’s not to love? 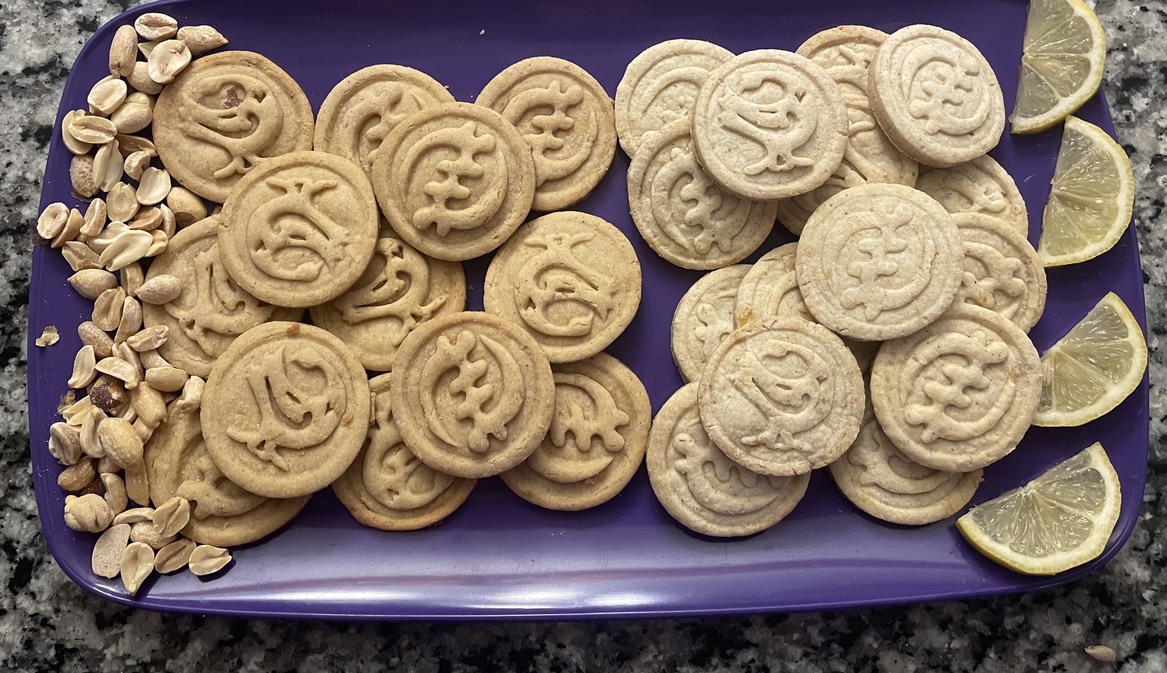 Yesterday I shared a photo of my gluten-free, vegan, vanilla Betumi Adinkra cookies (biscuits); today it's chocolate. When we had our workshop in Ghana several years ago, (July 2019) the participants challenged me to develop other options, such as lemon- or peanut-flavored versions. I'll try those this coming week. Hope to see you again. 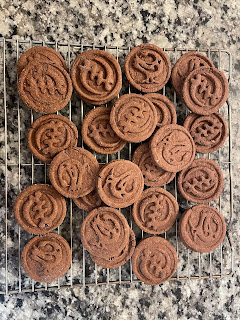 I realized yesterday putting these on a rack to cool, that my 5-year dream of a 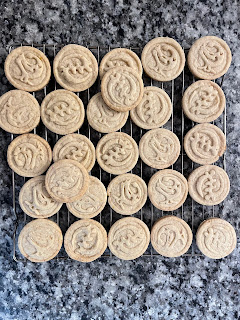 gluten-free version of a shortbread biscuit (or, as we Americans say, "cookie") made from non-gluten ingredients available in Ghana and featuring Ghanaian adinkra symbols,  is a reality. Today I'll whip up some chocolate ones ;-) 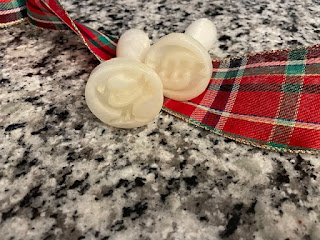 Kwadwo is back in Ghana until January, while I'm still in Pennsylvania. I continue to work on the adinkra biscuits. With Kwanza just around the corner, I wanted to update everyone on where they stand. Once I determined I had to start over printing the stamps with a transparent PLA filament, and stainless steel nozzle, and cover each cookie stamp with a food-safe coating, I had to go back to the printer, so-to-speak. Unfortunately, New Leaf Initiative didn't make it, so I am now working with a local group called The Rivet.

I am beginning production again.

I also need to restock materials for the Ghana-friendly, vegan recipe for making the cookie/biscuits.

I did manage one taste testing, with generally quite positive results--some thought too sweet, some not sweet enough. Go figure.

It is slow going, but I'm ready to restock the gluten-free ingredients and start making batches. If you'd like to taste test (for now, only in the US, please), drop me a line at fran@betumi.com. I also hope to develop several other adinkra cutters.

So long for now.