African Cooking on the Move 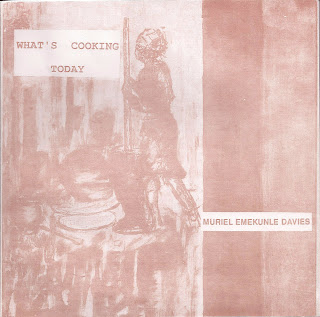 It's exciting to see the surge of interest and activity regarding African cuisine. In ongoing support of my assertion that African cuisine is gearing up to be the next big thing in the culinary world, I submit:

On April 27, 2012, The Wall Street Journal Online featured an essay "Next Stop for Food Fanatics--Africa" by food futurist Josh Schonwald, who assures us "It will take a while, but African cuisine will arrive. Bring on the fufu.")

A number of culinary pioneers have also been quietly working towards promoting African cuisines, such as Kunmi Oluleye, the powerhouse behind Sheba foods--if you haven't gone to Sheba's multifaceted site, do so today. It's in the process of a complete overhaul, and I predict is destined to become a giant in the African culinary movement in North America.

There are so many things happening RE African cuisine these days, it's hard to keep up.

In February, Xoliswa Ndoyiya, Nelson Mandela's long-time personal chef in South Africa launched a cookbook featuring Mandela's favorite recipes. (I'd love to get a copy if anyone can help advise me on how to do that).

Not least of all, let me close out today's posting with a huge "thank you" to colleague Joan Baxter, a Canadian journalist with over 2 decades of experience living in and writing about Africa.

She noticed a Sierra Leonean cookbook in Freetown recently--see the cover above for What's Cooking Today (Sierra Leonean Favourites): Recipes Used Around Sierra Leone, and kindly sent it to add to our Africa Cookbook Collection. Originally published in March 1996 ("Dedicated to my dear husband, Christopher S. Davies on our 50th Wedding Anniversary. . ."), author Muriel Davies was a pioneer in the Sierra Leone Home Economics Association (founded by Dr. Pamela Greene [nee Thompson-Clewry].  Pamela  Thompson-Clewry, at the Home Economics Department at Njala University College/University of Sierra Leone wrote the preface to the 1996 edition. The 107-page (modestly called a "booklet" by the author) black-and-white document was reprinted in May, 2001, and while the paperback suffers from a poor binding, it contains a wealth of information. Part I covers rice dishes; Part II plasas, stews, and vegetable dishes; and, Part III (Knicks Knacks) Snacks. Thank you again, Joan. And we all thank Mrs. Davies for helping to preserve Sierra Leonean classic recipes.

I love your passion and deication to African food. Thanks for sharing.
http://theafricangourmet.blogspot.com/