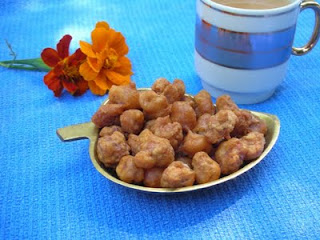 Are you tired of those same old party peanuts? Here's a way to wake them up!

While in the U.S. we're most likely to coat peanuts with something sweet (see recipe #44, "Groundnut Cakes), here is a savory peanut snack/appetizer recipe from Ghana. The hardest part of this may be to locate raw unsalted peanuts with their skins still on. I finally found some at a health food store. Perhaps one could substitute raw peanuts without their skins, but my guess is that the batter would not stick to the peanuts as well.
Recipe #69: Spicy Coated Groundnuts(Peanuts) 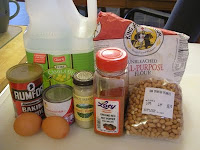 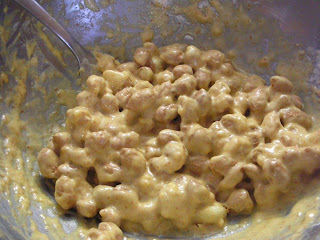 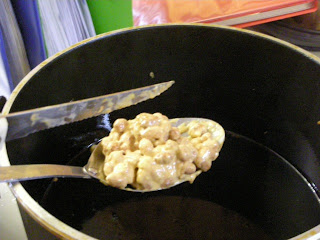 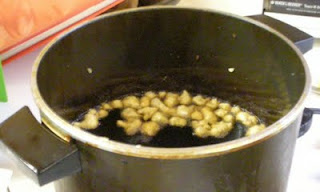 A perfect snack to eat while sipping a nice cold Star or Club beer (sigh, none here in central Pennsylvania), or some fruit juice, bissap (aka sobolo),  ginger beer, or iced tea. If it were winter here in Pennsylvania, they'd also go well with a hot drink like coffee.The hot oil somehow steams the peanuts so they're still chewy, but the crispy, spicy coating gives them a kick. I'd eat them soon after making them.
NOTE: I did try frying some of the peanuts in clusters, but they seemed soggier rather than crisper. I'd stick with frying the nuts individually.
Posted by Fran at 10:44 AM