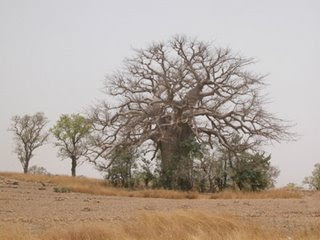 Several of you have requested information about the annual conference this May, 2009 held jointly by the Agriculture, Food, and Human Values Society and the Association for the Study of Food and Society, May 28-31 (AFHVS/ASFS) at Penn State.

Here are details about the panel I've organized and will be moderating, called

The 5 panelists and their topics and abstracts include:

This presentation briefly describes the migration of manihot esculenta from the Amazon Basin to Africa and the processing techniques that emerged to remove toxins, but focuses primarily on the contemporary, ongoing transformation of cassava from a marginalized "orphan" crop to a crucial player in the future of agriculture in tropical and sub-tropical regions of Africa. Specifically, it examines the important shift from rural to urban West African markets for the processed manioc meal known as gari.

It is often glossed over in food history that the hands of enslaved West and Central African men and women helped shape the development of Southern cooking. However few writers dare to tell exactly what specific African dishes came across the Atlantic and how they were morphed into American foodways. “African” is often described as a singular culture rather than the expression of many ethnic groups often broken into distinctive linguistic and sub-cultural elements each of which had their own effect on the food traditions and food knowledge that came to the early American South. Despite the constrictions of enslaved life, food preferences, cooking methods, flavor principles and dietary supplements tied to distinct ethnic traditions were maintained and even passed on to Euro-Virginians in the form of cherished heirloom “receipts.” Enslaved Africans not only contributed agrarian knowledge related to crops and domesticated animals brought in the course of the slave trade and commerce with the West Indies, they also reassessed the ecology of Tidewater and Piedmont Virginia according to their own understanding of what was edible and gastronomically pleasing. They extended the culinary geography of Africa, transforming the Virginia into a edible outpost of Onitsha, Kumasi, Futa Djallon and Luanda. This paper uses documentary material from historic Virginia (1720-1880) including Mary Randolph’s The Virginia Housewife, the narratives of formerly enslaved men and women and first-hand accounts of and from indigenous West Africans to decipher the origins of recipes, ingredients, and taste preferences mentioned by both Blacks and Whites of the period and their ultimate origins among the ethnic groups of historic West and Central Africa.

There is no such thing as “African cuisine.” Africans—coming from over 50 diverse countries—do not all cook the same way. A wide range of regional ingredients, cooking techniques, and food-processing practices exists. This paper first briefly examines the flavor principles that guide food preparation in the regions of West, North, East, Central, and Southern Africa, and why those principles exist. It then focuses on two ancient food-preparation processes used worldwide: smoke-drying of meat or fish and fermentation, examining how Africans developed and adapted these methods to suit their situations and flavor their foods. Finally, the trade and production implications of smoke-dried fish for the global African diaspora market present interesting possibilities for future aquaculture. Recipes, firsthand accounts, examples of culinary material culture, photographs, a glossary, and bibliographies enhance the presentation.

"The African giant land snail (archachatina marginata): An indispensable source of nutrition and medication in the Southwest Region of Cameroon from early to recent times" by Forka Leypey Mathew Fomine, History Department, University of Younde, Cameroon

Both marine and terrestrial species of snails are consumed in most countries worldwide, including in southwest Cameroon where it is an age-old practice among certain groups. However, few production and consumption statistics are available, and these are mostly for countries like France and Italy with highly developed snail farming practices. In Africa, particularly southwest Cameroon, snail farming is practiced on a relatively low scale, and most of the production is for local consumption. Before the introduction of snail farming in the southwest region of Cameroon in the 1990s, all the residents acquired snails via gathering.
There is significant internal variation in the history of land snail consumption among 4 ethnic groups (Banyang, Mbo, Balung and Bakweri) of the Southwest Region of Cameroon. The long history of land snail consumption among the Banyang and Mbo can be attributed to their geographical proximity to the eastern region of Nigeria, where the consumption of land snail has been widespread since ancient times. In contrast, until recently land snails were perceived by the Bakweri and Balung as filty pests that crawled and ate dirt, especially excrement, and thus were unhealthy and/or taboo for human consumption. This paper intends to demonstrate how land snails were persistently marginalized by certain ethnic groups in pre-colonial times and during foreign rule in Cameroon (1884-1960), and how that changed so that they currently occupy a pivotal position in their diets due to the snails’ multifarious importance as both a source of food and medicine.

Some countries in Africa, such as Angola, Cape Verde or Senegal have well-recognized national cuisines. These cuisines are the product of various cultural and political ideologies, associated with imperialism, class and gender and are nurtured by a complex group of actors including the national ruling elites. Such cuisines are proclaimed on national websites and have attached to them a corpus of “national dishes” which are assembled in cookbooks in the “West” and in Africa. Elsewhere, such as in Equatorial Guinea, the process of building a national cuisine is in its infancy and the resulting concoction may not reflect what most Equatoguineans eat in their daily lives. This paper will explore to what extent national cuisines contribute to the broader set of discourses which help define a particular African national identity.

There's still time to register, even if only for the Saturday of the panel! Hope to see you there as we continue to focus attention on African's various cuisines and foodways.
Posted by Fran at 7:00 PM

It is interesting to see a paper on the African land snail being presented. In Barbados where I live, African snails are considered pests and village collections are organised to pick up and destroy these snails. There is an ongoing national debate as to whether these snails are edible but government agriculturalists have been encouraging their eradication.